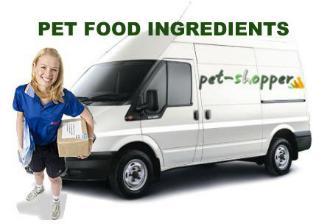 Pet Food Ingredients. What are you feeding your pet?

This is a definitive list of ingredients that are used in the pet food industry so that you know exactly what is in your pet's food.

Animal fats are a mixture of fats rendered from different animals. The source of these are diverse and include restaurant grease and factory by-products. The mixture of different animals makes it hard to avoid particular ingredients if your dog has an allergy or intolerance. First you can never be sure which animal fats are present and secondly they can vary batch to batch so that even if your dog can tolerate it, this could be different in a later batch of dog food.

Due to the nature of animal fat, they tend to be preserved with artificial preservatives such as BHT, BHA or Ethoxyquin to prevent rancidity as it is hard to preverse them naturally. Avoid! Always look for a product with a named fat source i.e. Chicken fat or lamb fat

Ash content is given as a percentage. It isn't an ingredient that is added but the total mineral content of the product after incineration.

Asparagus Source of Iron to help support normal functions of the circulatory system.

Beef although a good source of protein, beef is known to cause intolerances in some pets. It is also lower down the digestibility scale from chicken, turkey and lamb.

Brewer's yeast is a a by-product from the brewing industry. It contains high levels of vitamin B

Beet pulp is a good source of insoluble and soluble fibres.

Bone meal or ground bone is added to some dog foods as a natural calcium and phosphorous supplement. Its definition is very vague as it could come from any animal so if your dog is intolerant to a specific meat, bone meal is probably best avoided and is usually only added to foods with low meat content to make up protein levels.

Carrots are a good source of beta-carotene, vitamins and minerals.

"Cereals" is a term used to cover many different grains used in pet foods. When you see this as an ingredient, it means that you cannot be certain what is actually in your dog food because they are not using a "named" ingredient. This allows manufacturers to use the cheapest grain available at the time of manufacture and this can change batch to batch. Avoid!

Chicken meat is an good protein source with a balanced amino acid acid mix. "Fresh" is the term used when the % given is for the meat quantity before processing when it is weighed in its wet form. This can be misleading as you are perceiving the % of wet quantity, yet 2/3 of the water is lost during processing leaving you with a much smaller meat content in the final product.

Chicken meat meal is an good protein source with a balanced amino acid mix. This is the same as fresh chicken but with the water removed which means that it gives a better guide to the actual quantity in the final product. Can be described as "The dried, clean rendered flesh of the animal with the water and fat removed".

Chicken fat is a high quality fat source that is highly palatable.

Courgette Source of Vitamin B3 an important cofact in carbohydrate, protein and fat metabolism.

Corn is a frequently used pet food ingredient, however it can be difficult for dogs to digest. Used as a carbohydrate source, it is cheap and could be described as a filler.

The term "EC permitted additives" covers a large range of different chemicals, allowing a pet food manufacturer to use any of them without having to individually name any of them. This includes artificial colours and flavourings which are known to cause hyperactivity. More worryingly, pet foods using this term can contain preservatives such as BHA, BHT and Ethyoxquin which have been shown to cause cancer.

Egg is the most digestible source of protein as well as providing vitamins and minerals.

Fish is an excellent quality protein source that is also highly palatable. It also contains good levels of omega 6 and omega 3 which consist of polyunsaturated fatty acids DHA and EPA. DHA is known to help brain function.

Lamb is a good protein source. It is rich in calcium and a good source of zinc. Lamb meal is used in many hypo-allergenic dog foods.

Definition of meal: Meals are prepared by the heating, drying and grinding whole or parts of warm blooded land animals from which the fat has been partially extracted or physically removed. The product has to be free from hooves, horn, bristle, hair and feathers as well as digestive tract content.

Maize gluten (sometimes called maize gluten meal, corn gluten or prairie meal) is a by-product of maize processing and can be used to top-up the protein levels of dog foods, usually as an alternative to more expensive meat-proteins. Unfortunately, maize gluten protein is not as easy for dogs to deal with as protein from meat sources and as a result it can lead to health issues like skin problems and hyperactivity. For this reason, we would recommend steering clear of maize gluten, especially with sensitive dogs.

"Meat and animal derivatives" is a generic term that covers all animals and parts such as heads, feet, guts, lungs, hair, feathers and wool! This term can be used to hide undesirable ingredients and allows the manufacturer to change the meat source from batch to batch to whatever is the cheapest available at the time of manufacture. Meat and animal derivatives are used in many successful pet foods because most consumers don't know any better. Avoid!

Orange A good source of Vitamin C known for it's antioxidant properties which may help support the immune system.

Millet is a grain that is relatively easy for dogs to digest and is rich in B vitamins, iron and potassium. Millet is also gluten free and so makes a useful carbohydrate choice for hypoallergenic diets.

Oats are a versatile ingredient used as a fibre source, also providing a good source of energy.

Parsnip Source of Vitamin B3 essential for energy metabolism - important for exercising and playing.

Potato is a high quality carbohydrate. It is often used as an alternative to rice and therefore a good ingredient for dogs with rice intolerances.

Propylene Glycol is a preservative that is used in pet foods It is best avoided as it known to cause problems such as hair loss, dull coat, diarrhoea etc.

Pumpkin Source of Vitamin A to help maintain healthy vision

Rice is the most digestible of all grains and is known to be low in allergy risk and so is found in many "hypo-allergenic" pet foods. Rice is rich in unsaturated fatty acids and B Vitamins.

Rosemary is used in pet foods as a preservative as it is a natural antioxidant.

Seaweed is a great source of iodine and minerals

Soybeans are widely used in dog foods as a protein source, However, Soy is commonly known as a cause of food allergies in dogs.

Spinach Source of Iron to help support normal functions of the circulatory system.

Sweet potatoes are generally regarded as a very high quality carbohydrate source high in B vitamin and vitamin C (recent studies have shown that sweet potatoes might actually be beneficial for diabetics since they can help to stabilize blood sugar levels and lower insulin resistance).

Tocopherols (vitamin E) are a naturally occuring antioxidant which is used to preserve pet foods. Tocopherols are often made from edible vegetables oils. The use of Tocopherols in a dog food is a good indication of a better dog food.

Vegetable protein extracts Official definition: All products of vegetable origin in which the proteins have been concentrated by an adequate process to contain at least 50% crude protein, as related to the dry matter, and which may be restructured or textured.

Wheat is a grain used as a carbohydrate source in dog foods, however it is associated with causing allergies in many dogs.

Pet-shoppers Cat and dog owners are well-catered for with healthy feeds such as Animal Antics, Cooper & Co, Guru Pet Food, Naturediet, Almo Nature, Simpsons and Taste Of Nature and for Raw feeders Raw dog food (Barf diet) from Natures menu none of which contain Additives, Colourings, Preservatives or wheat gluten.

Here is a helpful guide to dog food ratings based on the quality and quantity of ingredients. Dog Food Ratings 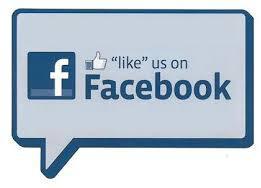 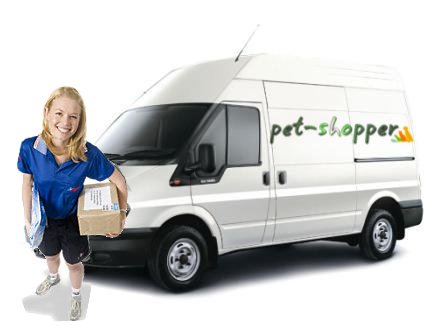