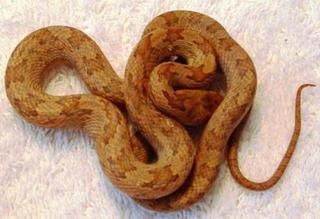 All livestock will be on customer collection only basis as we will not send animals by mail.

Care and Captive Breeding of North American Ratsnakes by Bill Griswold V Originally published in the Bulletin of TARAS, The Alberta Reptile and Amphibian Society, Vol.3, No.5, Spring 1995.

North America is home to several species of ratsnakes, some of the most beautiful and least demanding snakes available at this time. In addition, ratsnakes are simple to breed and are available in large numbers and more color variants than any other group of snakes. It would be complicated to assemble a large collection consisting largely of the many morphs of North American ratsnakes.

However, because they are easy to care for and breed, literature regarding their maintenance is scarce. The following are brief accounts concerning the care and breeding of North American ratsnakes in the genera Bogertophis, Elaphe, and Senticolis, and are based on both personal experience and current literature.

In general, all ratsnakes are medium to large colubrids. They are all strong constrictors which feed on rodents, birds, and eggs; the young often eat lizards or treefrogs (Hyla sp.). Ratsnakes appreciate a fairly large cage, but a ten gallon aquarium will house even most adults comfortably. Because they are fairly active serpents, all ratsnakes should be provided with a hide box. A large water bowl is also a must because most individuals will soak periodically. In captivity, ratsnakes should be fed exclusively on laboratory rodents. Most hatchling ratsnakes will take pink mice seven to ten days after their first shed, but some will only feed upon lizards (Anolis sp. are a favorite) or treefrogs or pinkies scented with their preferred foods. Do not overfeed your ratsnakes; a healthy captive should be shaped like a loaf of bread; flat on the bottom and sides, and round over the top.

Breeding ratsnakes is rather simple if a few basic procedures are followed. First feed the snakes well. Many snakes, especially males, will go off feed during the breeding season. Heavy feeding will build up the necessary fat stores which nourish the eggs within the females and carry the animals through hibernation. Well fed ratsnakes may easily be raised to breeding size by their second spring; corn snakes (Elaphe guttata) should be 30 inches in length before breeding, all other North American species breed at sizes of 40 inches or more. During be winter, hibernate all breeders between 59° and 68°F (15-20°C); the colder, the better. A snake hibernated at higher temperatures (65°F and above) will not enter a state of total dormancy and will begin to metabolize muscle and bone tissue after its fat supply is gone. North American ratsnakes breed during the first three months following hibernation. Second clutches are often produced later in the summer. Keep the sexes separate except during breeding season, then they should be placed together for only a few days at a time. Introduce the female into the male's cage shortly after the first shed of spring. Courtship and breeding will usually follow immediately. However, don't be discouraged if your snakes don't breed the first time you place them together. Feed both sexes heavily and reintroduce the pairs every couple of days. If you leave the pairs together for a few days, use newspaper as a substrate in the breeding cage. By using newspaper, you can spot the drops of sperm the male often leaves behind upon withdrawing a hemipenis from the female; this allows the keeper to confirm that copulation has, in fact, taken place. Allow the same pairs to breed a few times to ensure fertilization. Females will lay eggs anywhere from one to two months after breeding. A pre-laying shed usually foreshadows this event. An egg laying box (a plastic shoebox works great) containing moist sphagnum moss or vermiculite should be provided at this time.

Our ratsnakes tend to lay eggs nine days after their pre-laying shed. The eggs will very often stick together when they are laid. It is imperative that you do not attempt to separate the eggs; all kinds of damage may be imparted to the eggs by peeling them apart. Incubate the eggs in the same kind of moist substrate at 80-85°F for two to three months. No special incubator is required, but the humidity within the egg box must be kept at 75-100%. Specific captive requirements and breeding information are contained within the following species accounts. Genus Bogertophis, Desert

This genus, containing two species, was created in 1988 by Dowling and Price and is currently accepted by the Society for the Study of Amphibians and Reptiles (SSAR) as being the most current scientific name. Bogertophis rosaliae, Baja

This unicolored buff or reddish-brown ratsnake is found in the deserts of the southern tip of California. This species has yet to be bred in large numbers, therefore, literature on its care is scarce. However, because it is closely related to the following species, it appears as though their care should be the same. Bogertophis subocularis, Trans-

This large-eyed, attractive snake is found in the Big Bend and Trans-Pecos regions of Texas and northern Mexico. The Trans-Pecos ratsnake is a uniform pale yellow or tan snake marked with a series of H-shaped markings; the most attractively marked specimens appear to have a ladder running down their back. In addition to their typical coloration, a "blonde phase" is also available. In this morph, the background is generally pale and the blotches are reduced in both size and intensity. Mattison (1988) indicates that B. subocularis lays eggs from 33-49 days after mating; an additional 67-103 days (typically 73) of incubation are required before the young snakes emerge. An average clutch contains five to six eggs, and the hatch rate is about 50% overall.

All North American ratsnakes previously belonged to this genus, but two new genera have recently been formed for the southwest species. The SSAR recognizes four distinct species of Elaphe, and a total of ten different races.

The corn snake is available in more color morphs and pattern variations than any other snake currently being maintained in captivity. Amelanistic, anerythristic, "snow" and Okeetee corns are found on the price lists of most snake breeders. Describing each of these morphs would require another article in itself. Two subspecies are currently recognized.

This subspecies occurs in the Midwestern United States and is similar in appearance to the nominate race. It is generally a gray snake with reddish brown saddles. Breeding is identical to that of the nominate race.

"Typical" corn snakes (the type found in the wild) are extremely variable. They are usually tan, yellow, or orange snakes with large red saddles bordered in black cascading down the back. The belly is a black and white "checkerboard" pattern. Corn snakes are found in the eastern seaboard states as far north as New Jersey and west into Virginia and Louisiana. E. guttata and its subspecies require no special care.

Our corn snakes lay an average of 14-15 eggs about one month after breeding. They typically lay eggs nine days after the pre-laying shed. The eggs hatch after approximately 62-69 days of incubation. Some hatchlings require force feeding or scented pinkies at first.

This species, the largest of the North American ratsnakes, grows to eight feet in length. All five recognized subspecies are gray with black blotches when young, which can make identifying hatchlings difficult.

The least popular of the subspecies, the Texas ratsnake is generally a dark, blotched snake. It is found in Texas and Louisiana. However, it is available in albino and leucistic forms. The latter morph, which possesses no skin pigment, is a beautiful snow-white snake with slate-gray eyes. Because this subspecies is unpopular, no specific data concerning captive breeding is available.

This unicolored black snake is found in most of the eastern snakes as far south as Georgia and Louisiana. It is available in several color morphs including two albino phases, hypomelanistic, and "brindle", a new calico trait. Black ratsnakes lay clutches of 6-14 eggs about 30 days after breeding. Eggs typically hatch in 59 days (Mattison, 1988).

This resident of Florida and the Atlantic coastal states is yellow to yellow-green with four longitudinal black stripes. Sadly, this species is underrated; a well marked yellow ratsnake is an impressive creature. Albino yellow ratsnakes are also available in limited numbers at this time. An average clutch consists of 18 eggs laid 50 days after mating, which hatch in 50-90 days. This subspecies may easily be double clutched every year (Mattison, l988). Elaphe obsoleta rossalleni,

The Everglades ratsnake is unquestionably one of the most beautiful of the colubrid snakes. It is a gorgeous bright orange snake with four indistinct stripes. Few true E. obsoleta rossalleni remain in their natural range south of Lake Okeechobee, Florida. Everglades ratsnakes average 11 eggs per clutch. The eggs are typically laid 33-58 days after breeding, and hatch in 68-72 days (Mattison, 1988).

This is the only subspecies of E. obsoleta which completely retains its juvenile markings. The gray ratsnake, which ranges from Mississippi to western Georgia, is a variable gray or brown snake with dark blotches. The best specimens of the "white oak" phase are found in Florida's panhandle. Wild caught E. obsoleta spiloides are frequently difficult to keep in captivity, and many languish and die. They are rarely bred, and when they do breed, the eggs are commonly difficult to hatch. This fragile race lays clutches of about ten eggs about 40 days after breeding. The eggs incubate for approximately 60 days (Mattison, 1988).

Fox snakes are heavy bodied light brown serpents with deep chestnut brown blotches. They occur naturally in the northern United States and the Great Lakes area. They are rarely kept in captivity, and specific breeding information is scarce. However, they should not present any difficulties if the general breeding guidelines stated above are followed and a long, cold period of hibernation is provided. Two subspecies of the fox snake are recognized, E. v. ulpina, the western fox snake, and E. v. gloydi, the eastern fox snake.

This genus, which apparently contains only a single species, was formed by Dowling and Fries in 1987.

This is the only subspecies of S. triaspis which ranges into the North American continent. Although S. t. intermedia is found in southern Arizona and southwestern New Mexico, the green ratsnake is chiefly a Central American species. This subspecies is a beautiful lime green color, like other ratsnakes, the young are blotched. S. t. intermedia are rarely seen in private collections, mainly because they are difficult to acclimate to captive conditions. Although no breeding data are listed in the article cited, Cranston (1989) reports that a two to three month hibernation period at 50-55°F appears to be necessary for breeding.

Because they are simple to care for and easy to breed in captivity, ratsnakes are ideally suited for amateur and professional herpetoculturists alike. However, every snake owner encounters problems at one time or another. Common sense and proper veterinary care is essential to the survival of any snake collection. Accurate record keeping is also a good habit to get into. By taking proper care of your ratsnakes, you are sure to reap many years of fascination and relatively trouble-free maintenance from this group of truly beautiful snakes. 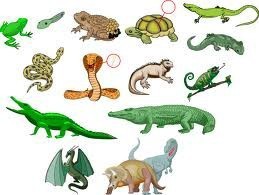